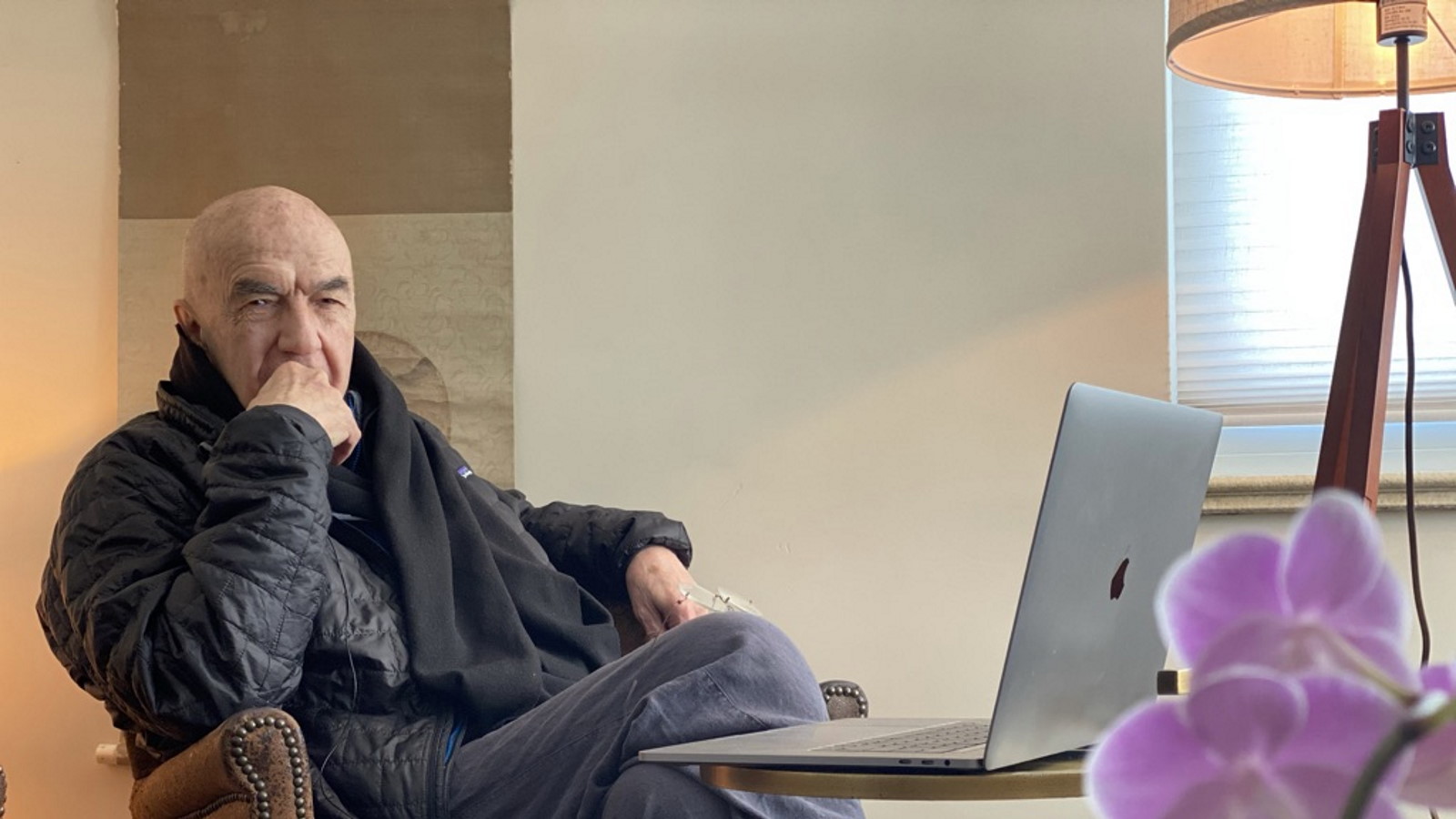 The Craft of Zen Practice in the West

FOR MY TEACHER
SHUNRYU SUZUKI ROSHI

An ancient said, "In the eyes it is called seeing, in the ears it's called hearing – but tell me, what is it called in the eyebrows?" After a long silence, he said, "In sorrow we grieve together, in happiness we rejoice together."

Zen Buddhism offers us teachings and practices that can transform our life. It can transform our way of being in the world with others and our way of being in the world of phenomena. Although it is not easy to transport the fundamentally different worldviews, practices, and experiences that constitute yogic Zen practice through civilizational and cultural divides, nevertheless it is possible to reconstruct these views and practices through our Zen practice in the West. This opens worlds significantly different from our own. Fortunately, Zen Buddhist practice is one of the most accessible interfaces between the West and the East.  Even inJapan, Zen is seen as both a universal teaching and as a quintessential expression of Japanese culture.

[I wrote this ‘Prologue’ in the mid-80s. It is still true that “Zen Buddhist practice is one of the most accessible interfaces between the West and the East”, but now it is really clear to me that ‘interface’ is way too simple a word to describe the potential of relationships between East Asian and Occidental cultures. Also imagining Zen to be a kind of culture-free religious practice, which anyone with commitment can practice is also too simple a characterization. Although it is true that Zen incubative-practice can open us to the feel of Japanese culture more fundamentally than trying to understand Japanese culture cognitively. Zen is more like science or an art or a craft, which requires study and experience, than a religion requiring primarily belief and attendance.

Japanese culture is organized around an ‘attentional-relationality’; it is not organized around a ‘cognitive-reality’. These are two different ballgames; two different playing fields. Trying to make shared worldview sense of East Asian yogic Zen and Zen in Western Culture is something like trying to play chess on a Go Board, or soccer on an ice skating rink, or perhaps like trying to make practical sense of a hypercubic-tesseract. The differences are real differences. It takes considerable acquaintance with both cultures before the differences under the generalities become apparent.]

What makes Zen Buddhist teachings and practices particularly accessible to Western practitioners is the concept of an‘Original Mind’, a mind which is assumed to function in nearly the same way in any culture, past or present.  (Probably not true, but it a great ideal.)  It was an inspiring and guiding principle of my own early practice.  However, once we are born and nurtured, our body and mind cannot be entirely free of culture. Acculturation begins in the womb.  Nevertheless, through the practice of Zen meditation and the implementation of Wisdom teachings, we can generate a mind which is relatively unconditioned and profoundly open to things as they are.

Because Zen practice has been the entirety of my adult life, this book has developed through the ways in which my Western and personal views and my way of functioning have changed and evolved through Zen practice.  My world views have changed, my experienceable immediacy has changed, and my satisfactions have evolved and increased.

This book also continues the teachings and the practices (the craftice) of Suzuki-roshi, my Zen Teacher, to the extent that I have been able to embody and continue his understanding and way of being.

My relationship with him continues to be the basis of my life and my practice with others. Thus this description of Zen practice flows first of all from his Zen practice and my years living next to him, and, as well, from my own practice through this more than half-century with you, or many of you, since meeting him.  This evolving, mutual flow both ways of practice from teacher to disciple and disciple to teacher, brought Zen to the West and will continue Zen in the West.

WHY I PRACTICE ZEN BUDDHISM

If I am going to recommend Zen practice, I should tell you why I have practiced for sixty years.  This may help you to be realistic about how practice may affect you. What has been possible for me, should also be possible for you – and more and different.

I practice Zen because I enjoy it, and for practical and so-called spiritual reasons. The practical reasons are that Zen practice has given me ways to observe, accept, develop, and intervene within emotional territories and psychological patterns. Little by little, sometimes dramatically, it is possible to change emphases, associative links, and hidden agendas. Consciousness can become more permeable, less bounded within the squash court of identity. Our mind becomes more integrated in its functioning, then our deepest intentions, feelings, and purest emotions have a wider field in which to evolve — and to change us into the person we feel most satisfied being.

Of course, there are teachings other than Zen Buddhism that can provide perspective and help.  Just getting older and maturing helps. Psychotherapy can help. Psychotherapy has helped me personally – and it has also helped me to understand how to practice Zen in psychotherapeutic ways.

Another reason I practice Zen is because joy returns to ordinary things. Through meditation, perceiving and thinking tend to return to their roots in appreciation. Fernando Pessoa:

The startling reality of things
Is my discovery every single day.
Every thing is what it is.
And this suffices me.
I find just hearing the wind blow,
Makes life worth living.

While these basic things are always present, until I started meditating they had somehow faded into the background. Growing-up, I had grown away from much of the joy I knew as a child.  But meditation and mindfulness brought joy back– first as a taste, then as a presence that has become the basis of living.

Things do shine!  Little auras. A brightness.  A shimmering.  Almost hidden sometimes. Sometimes cascading!  Is it religion?  Is it a faith in things as they are, is it when attentionality knows things as they are. But sometimes it feels like we Know more than at other times, and that is true.

There will be no simple
way to avoid what
confronts me. Again and
again I know it,
but take heart, hopefully
in the world unavoidably
present. Here I think,
is a day, not a but the.

The day is all we got. And if it hasn’t got you yet, let it get you. Or cooperate at least.
‍
Through meditation and mindfulness, I have found an interior freedom. Sometimes it is a relatively unobstructed interior freedom.  When it is not there, when I feel obstructed, I know how to make my way back to this interior freedom.  Through Zen practice, I have a physical feel for the mind of freedom. And I know it is always there, even when I don’t experience it.  If I can be alert and patient, I find that obstructions usually precede an increased clarity, openness, and newly relevant thinking. Then there is the refuge of breath, of the bliss of breath, and of a stable field of mind.

Another fruit of practice is the experience of belonging to a world of sensuous, sensorial-relatedness.  It is a feeling of connectedness, a feeling of intimacy with people even when first meeting them, a feeling of familiarity with situations even when situations are new. You feel at home in the universe/the multiverse of the world which is understood (defined and practiced) as simultaneously womb and embryo.  You feel you belong in and to this world.  You feel at home in this world.  This is a direct experience of interdependence and the resonant foundation of compassion.

Another fruit is the experience of coming into an inner order of mind and body, an integration which allows a precise engagement with oneself, with phenomena, and with the gait, the pace, the pulse of the world. We know the world in its magical show of momentariness. Things glow. We feel inseparably part of the world, a mystery beyond mental and sensorial formations.

There is the satisfaction of a practice, a Way we never reach the end of, yet a Way which always suffices.  Each day, each period of zazen-meditation, each breath, each momentary appearance has its own particularity, disclosure, and engagement. There is a vitality that enfolds, holds, and unfolds each moment.

For those of you who have come to know the transformative power of regular sitting-meditation, especially long sittings like sesshins, you will know that there are also purging, cathartic, illuminative, transformative experiences, which arise in and through meditation.

There are things harder to explain.  For example, an inner ease and bliss, which don’t go away, yet which are still renewed, enhanced by meditation. The experience of an extended body, a body-field, a presence and space of relationships, a field-of-mind. A tactile, actuating, knowing space that folds out from us and can be folded into us. Dogen, the thirteenth-century Japanese ZenMaster, called this the True Human Body. Finally, there is the acceptance, the understanding, that the experience of a Buddha is a real possibility.